About aha moments or: How a book can change your life 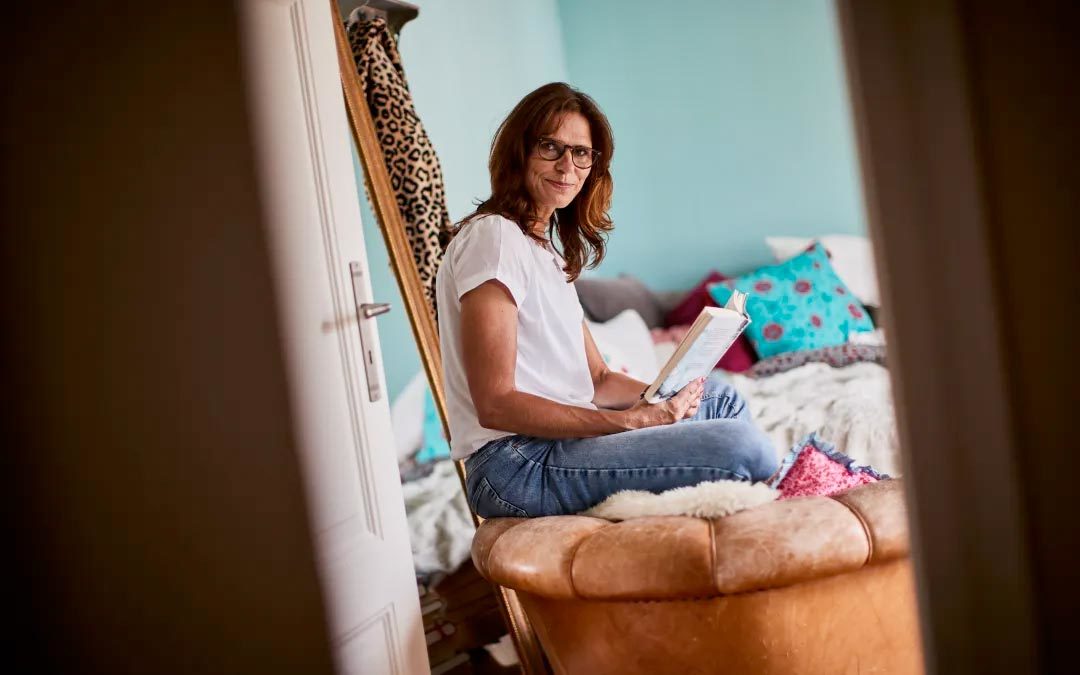 Matthias Brandt has a problem many people who incorporate different roles in life have. When you hear the name Matthias Brandt people will first say: “Oh, that’s the former federal chancellor’s son.” Followed by several platitudes about Willy Brandt: “Warsaw genuflection” and about his party: “Fall of the SPD”. They don’t say: “Matthias Brandt? That’s that amazing actor.” At least they won’t say that first. And they definitely won’t say: “That’s the wonderful author.” Now, Matthias Brandt is very famous, and I am not. But I can very much relate to what it’s like not to be acknowledged as who you really are or want to be. Not just son. But also, actor AND author. Just like I’m not just a triathlete.

Anyway, for my story the author Matthias Brandt is important.

In December of 2019 he was a guest on the literary quartet (show on German TV) and spoke in an extremely sympathetic and enthusiastic way about the novel “About love and magic – I put a spell on you” by John Burnside, about the impossibility to live love and the longing for magic. After that, honestly, I wasn’t really interested in John Burnside but very much only in Matthias Brandt. Someone who talks about books, love and magic this beautifully must definitely write well, I thought and started to read his novel ‘Blackbird’.

To be very upfront about it: This book knocked me off my feet!

It changed my life.

Yes, one can definitely say that. I’ll explain why.

The book is about 15-year-old Morten whose best friend Bogi suddenly gets cancer. Simultaneously Morten’s parents are getting a divorce, and he falls in love with a girl and stalks her obsessively. Because he is so busy trying to win this girl over, he neglects his sick friend. Subsequently, he has a bad conscience.

The first few pages didn’t really impress me very much. First I thought the language wasn’t all too clever. At first sight is seemed all very thin and succinct – just like a 15-year-old talks. But what then really put me under its spell was this inconsistent mix of greenness and humor one can only find like this in adolescence. It seeps through every sentence. I had and still have a deep understanding for this insecurity that comes with growing up. Matthias Brandt finds a language for a boy who’s essentially incapable of expressing himself and his feelings. That fascinated me profoundly. Matthias Brandt was born in 1961, the story evidently played in the late 70’s – Matthias is not Morten but still, both start with an M. I read the novel, laughed myself silly, cried, needed tissues for my tears and in the end was completely overwhelmed.

This narrative voice was so real! It originated from very deeply inside the author who’s acutely aware what it feels like to be abandoned, be inconsolably sad, simultaneously not have any words to describe these feelings and instead replace that with an unspeakably hilarious slapstick comedy. It was that kind of humor one only gets from very young people, people who have preserved their curious, fresh view of the world.

I can’t really say how that happened. But after I was done reading, I had created a female version of Morten in my head. That happened totally on its own.

I realized that I had been carrying a very similar, feminine, literary voice inside of me for a very long time. She was pushing to come out as quickly as possible, and I immediately had a ton of ideas. I started reading my old journals, and my heroine Franka basically developed all on her own.

Do you have such an aha moment that changed your life as well? Or was it a movie? A song? A story someone told you?

‘Uhm, not everyone (sheepish look on face) …albeit being German (but residing in CA) embarrassingly I have never heard of the guy. But I can relate to, say, Matthew McConaughey who is globally known mostly as the actor, the heart throb, in romantic comedies women drool over, and platitudes include “alright, alright, alright” and sexy dance moves in Magic Mike.
However, Matthew McConaughey is way more than that, he starred in deep and cinematically important movies, directed others, and his first autobiographical book ‘Greenlights’ is not only VERY entertaining to read, he narrates the audio book so extremely well, you just don’t want to stop listening.

This website uses cookies to improve your experience while you navigate through the website. Out of these, the cookies that are categorized as necessary are stored on your browser as they are essential for the working of basic functionalities of the website. We also use third-party cookies that help us analyze and understand how you use this website. These cookies will be stored in your browser only with your consent. You also have the option to opt-out of these cookies. But opting out of some of these cookies may affect your browsing experience.
Necessary immer aktiv
Necessary cookies are absolutely essential for the website to function properly. These cookies ensure basic functionalities and security features of the website, anonymously.
Functional
Functional cookies help to perform certain functionalities like sharing the content of the website on social media platforms, collect feedbacks, and other third-party features.
Performance
Performance cookies are used to understand and analyze the key performance indexes of the website which helps in delivering a better user experience for the visitors.
Analytics
Analytical cookies are used to understand how visitors interact with the website. These cookies help provide information on metrics the number of visitors, bounce rate, traffic source, etc.
Advertisement
Advertisement cookies are used to provide visitors with relevant ads and marketing campaigns. These cookies track visitors across websites and collect information to provide customized ads.
Others
Other uncategorized cookies are those that are being analyzed and have not been classified into a category as yet.
SPEICHERN & AKZEPTIEREN
Unterstützt von