If you don’t start now, you’ll never do it! 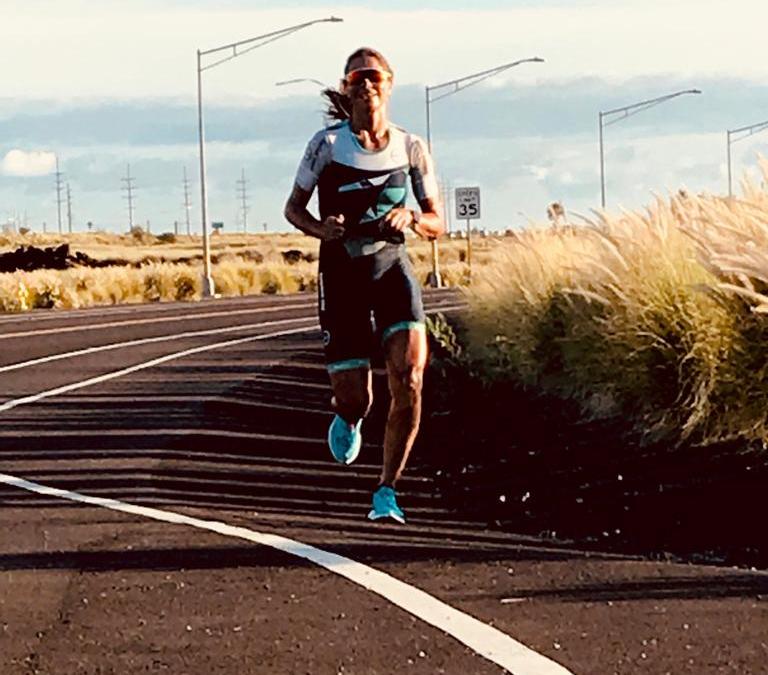 Competitive sports and I – the story of a divorce

The parting from competitive sports was like leaving a partner. Being alone afterwards is something most people can’t handle. Right away they have a new significant other. Funnily enough it’s always someone who’s oddly similar to the old flame. My old and new partner was running marathons. I was already familiar with that. It wasn’t new. Theoretically it was like being with an ex! You know what you’re getting. I already wrote about the force of habit.

In the end it’s sort of a mixture of outside and inside conditions that prompt us to drop old habits and make room for something really new. For me it happened like this: During a wonderful run that was supposed to be about 11 miles long I twisted my ankle whilst smack in the middle of the woods. A sprained ankle after only 5 miles, injured enough that I had to be picked up – by car! After that I wasn’t able to run for weeks, then Corona happened, and all marathons got canceled. Without absolutely no athletic goals at all anymore the course was definitely set now. I don’t believe in fate. Really not. But the book lamp, Blackbird, the injury, Corona – all those were outward signs. Or not? They showed me that it’s fine to finish up internally with competitive sports and give writing the room it needs. “If you don’t start to write now, you never will!” I told myself.

And from then on everything was really simple. I just needed this initiation. The starting signal.

So, I just started writing. After I had thirty pages, I started thinking about what kind of text I was actually working on. I liked the voice of my protagonist, and I was happy with my other characters. But I had this feeling I wasn’t really telling a story. So I started reading about writing. The magic word was “plotting”. Before you start to write you need to plot. I read something about plot development, the snowflake method, three act and five act structures, I rebuilt my plot what felt like one hundred times, sunk regularly into despair but kept on writing more and more. I told myself: “Nothing is set in stone; you can always change everything. Don’t stop, just continue.” My initiation into endurance sports was actually kind of similar when I started running at the age of 16. I had put on my clumsy basketball boots, went into the nearby forest and started running. Nowadays everyone would laugh at how terrible my equipment was and how little I knew about running. I didn’t have a goal, I just ran my loop, my legs got heavy, and I developed blisters, had to walk and still kept on running and running. Because I wanted to and because it worked. It was only when I met likeminded people who knew more than I did that the whole thing became more structured. It was just the same with writing.

Now I spent the time I usually put into training into writing.

I sat at my desk in front of my computer with my text. Once I had sixty pages I thought: “That’s all great but who in the world is supposed to read this?” So, I had to find myself some people who know what they are doing and gave the text to my friend Deniz Selek, she is a bestselling author. And Rainer Wekwerth, also a bestselling author. And writing coach. Both liked my manuscript and suggested I should absolutely continue to tell the story all the way to the end. Now it was official: Writing and I, an accredited love… The wedding would come later but a secret engagement it already was.

Is this the same for you? You first need approval from others before you start feeling inside that you are on the right track? How great would it be to feel from the start and within yourself what’s right and good? And what would have happened if nobody would have liked my story? Should I have stopped writing then?

This website uses cookies to improve your experience while you navigate through the website. Out of these, the cookies that are categorized as necessary are stored on your browser as they are essential for the working of basic functionalities of the website. We also use third-party cookies that help us analyze and understand how you use this website. These cookies will be stored in your browser only with your consent. You also have the option to opt-out of these cookies. But opting out of some of these cookies may affect your browsing experience.
Necessary immer aktiv
Necessary cookies are absolutely essential for the website to function properly. These cookies ensure basic functionalities and security features of the website, anonymously.
Functional
Functional cookies help to perform certain functionalities like sharing the content of the website on social media platforms, collect feedbacks, and other third-party features.
Performance
Performance cookies are used to understand and analyze the key performance indexes of the website which helps in delivering a better user experience for the visitors.
Analytics
Analytical cookies are used to understand how visitors interact with the website. These cookies help provide information on metrics the number of visitors, bounce rate, traffic source, etc.
Advertisement
Advertisement cookies are used to provide visitors with relevant ads and marketing campaigns. These cookies track visitors across websites and collect information to provide customized ads.
Others
Other uncategorized cookies are those that are being analyzed and have not been classified into a category as yet.
SPEICHERN & AKZEPTIEREN
Unterstützt von